Glimpses of the Sistine Chapel the Creation of Eve 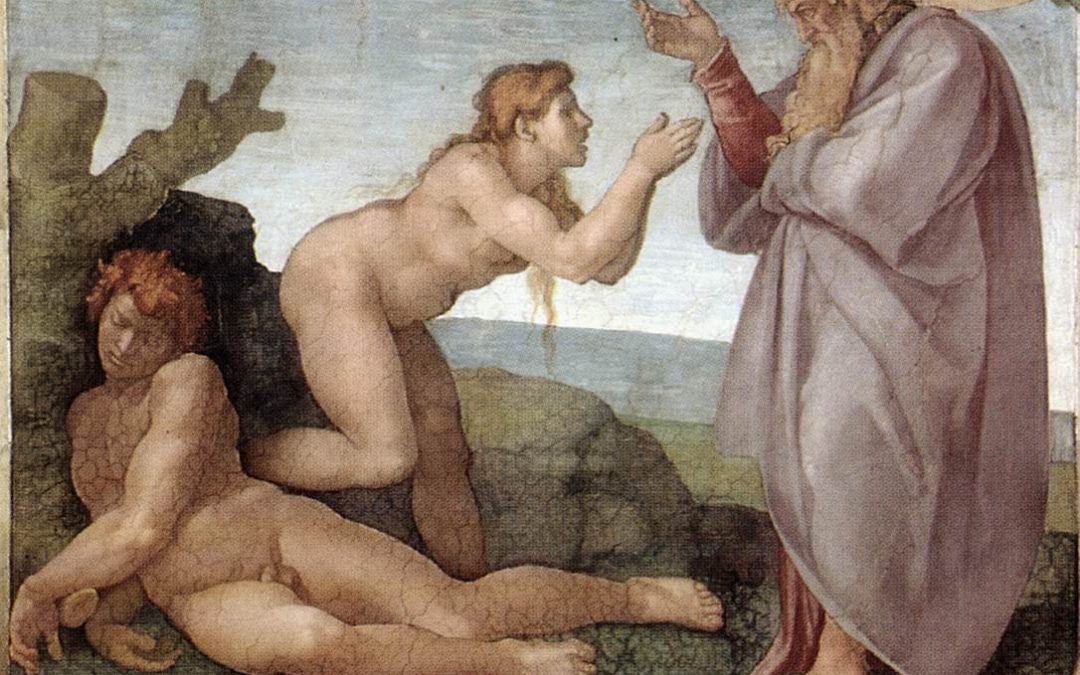 The Sistine Chapel the Creation of Eve. There are few places in the world that enchant visitors as thoroughly as the Sistine Chapel. All of the seemingly countless people who come to this place are in silent awe of such beauty. But the Sistine Chapel was not actually made to become a treasure trove of art. It is a consecrated chapel where major ceremonies are celebrated. And an important historical event takes place in this majestic room: the papal conclave. Under the ceiling that Michelangelo frescoed the new pope is chosen. When we come into the Sistine Chapel, we see the Last Judgment in front of us. Lifting our eyes skywards, we see the stories of Genesis. The most famous of these, needless to say, is the Creation of Adam. The fleeting touch of God’s fingers creating Man, made in His own image.

An interesting little fact about this extremely famous masterpiece. A crack suddenly appeared on the ceiling causing the piece of fresco depicting the famous fingers touching to turn to dust and fall to the ground. The panel we see today was repainted by Domenico Carnevali in the 16th century.

The Sistine Chapel the Creation of Eve

In contrast to the enormous fame of the image of the Creation of Adam, that of the Creation of Eve has always lived in obscurity. Michelangelo frescoed this scene right in the center of the ceiling. It is the first story of Genesis to show the figure of God. The panel is almost completely covered by three figures. Sleeping Adam, Eve just made by God, who, with a gesture of His hand, blesses her and invites her to stand. The scene’s composition is flawless. The lines of Adam’s body, the hands, and the landscape in the background create a perfect balance in the eyes of those observing it more than 20 meters above.

Adam and Eve are portrayed as two adolescents, and God has the features of a high priest. Eve moves with hands in prayer position in a rather childish, dazed manner, as if thanking her Creator; meanwhile, Adam lies in deep sleep on a rock.

How Michelangelo painted the Sistine Chapel the Creation of Eve

A drastic schedule change meant that Michelangelo had only four working days to complete the instead of thirteen. On the first day, he completed the first part of Adam’s body and the rock he lies on, which he completed the next day. He spent the third day on the figure of Eve and the landscape and the last one depicting the Creator. In depicting God, Michelangelo used the purple cloak we see again in later scenes, but he makes a change: here God Almighty’s hair and beard are blond, whereas he later depicts them as gray. The figures are silhouetted on a spare background with the sea in the distance. The entire scene is framed by four nudes whose powerful, muscular bodies stand out in clear contrast to the delicate figures of the work’s two main characters.